Dad was very excited to be at the 65th anniversary ceremony of D-Day held at the D-Day memorial in Bedford Virginia.  Dad had VIP seats as one of the less than 100 D-Day vets, who attended from all over the country.  It was very hot but Dad, Betty, myself as well as our good friends Roger and Sandy had a great day.  After the ceremony, Dad reviewed maps of the Normandy coast and was also awarded a citation from the US Department of the Army.  These are our pictures from the occasion. 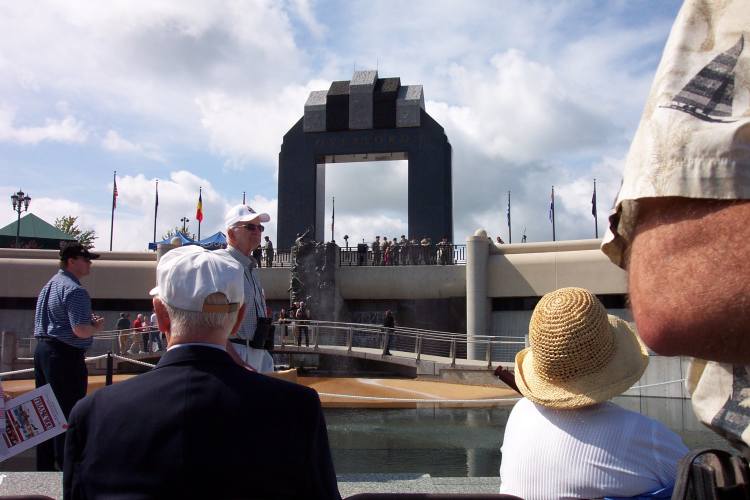 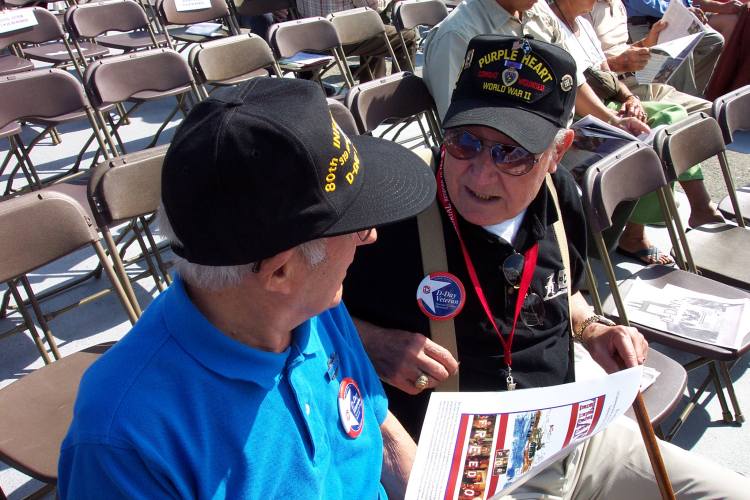 Dad talks to a D-Day vet from South Carolina 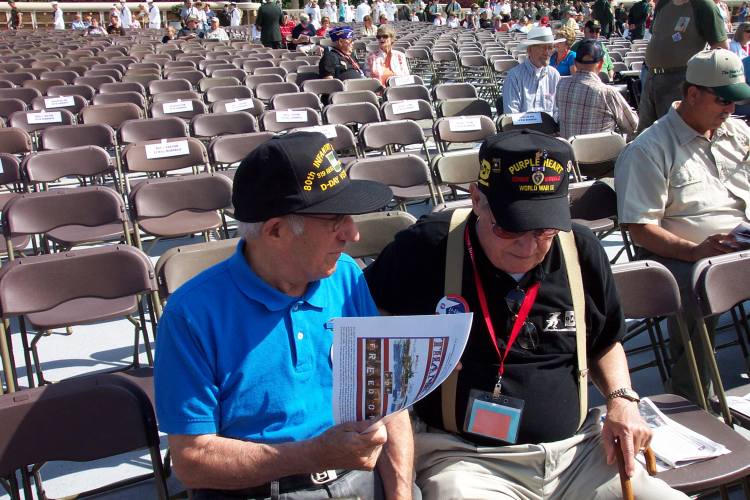 They talked for quite a while 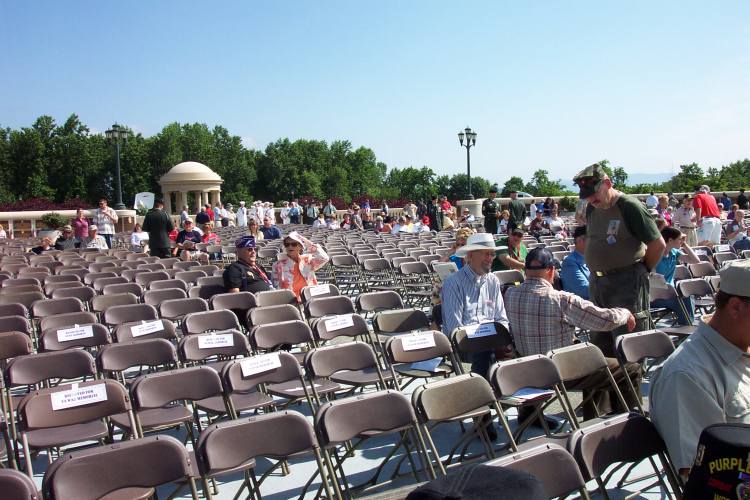 The crowd starts to build an hour before the ceremony 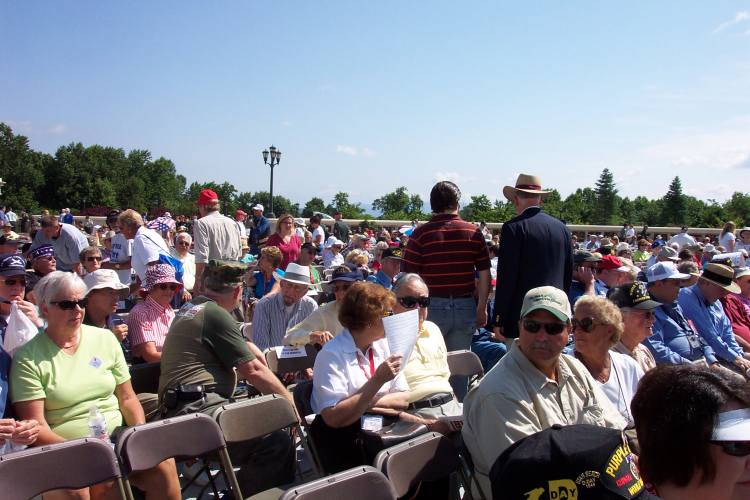 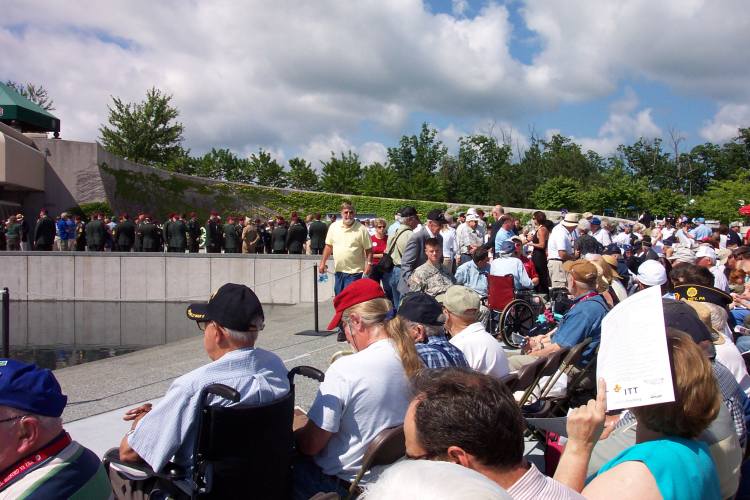 The sun was hot! 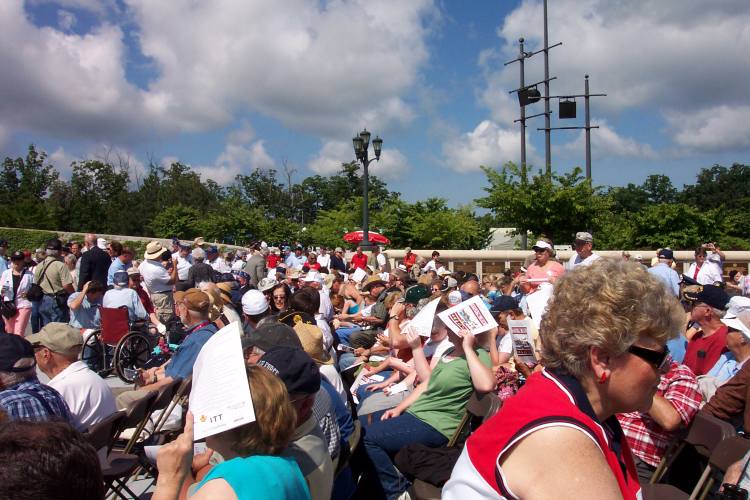 Sandy talks to some of the D-Day vets 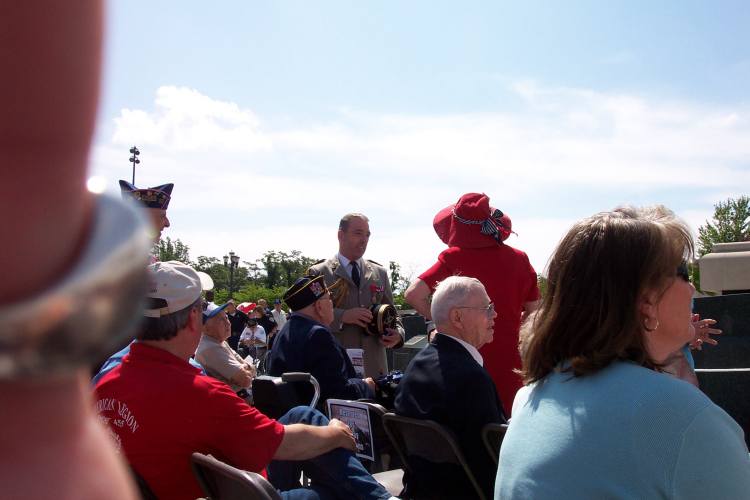 An Ambassador from France also attended 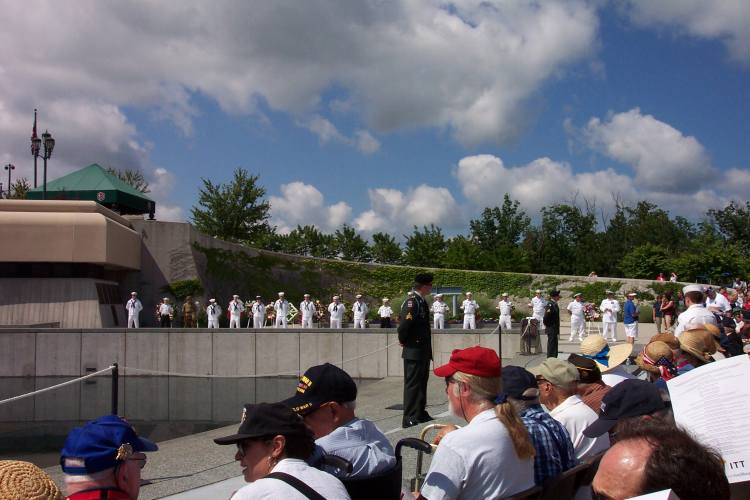 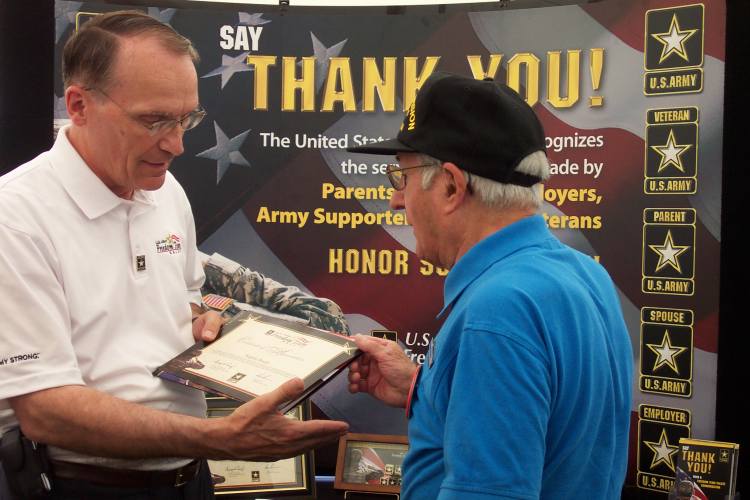 Dad receives a citation from a  department of the Army representative 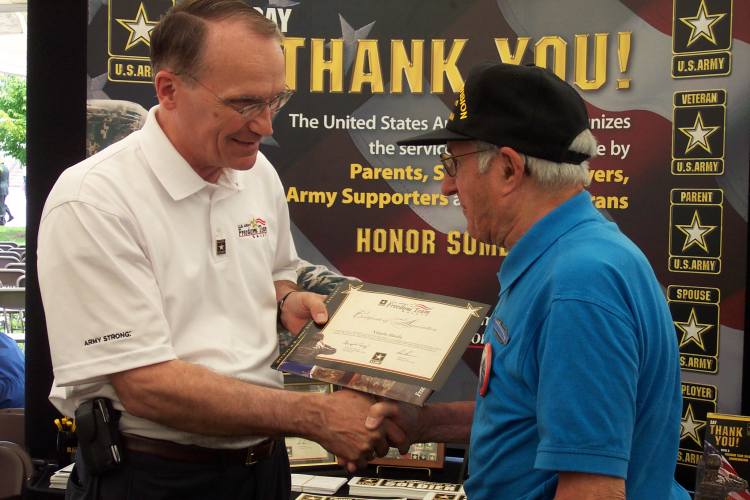